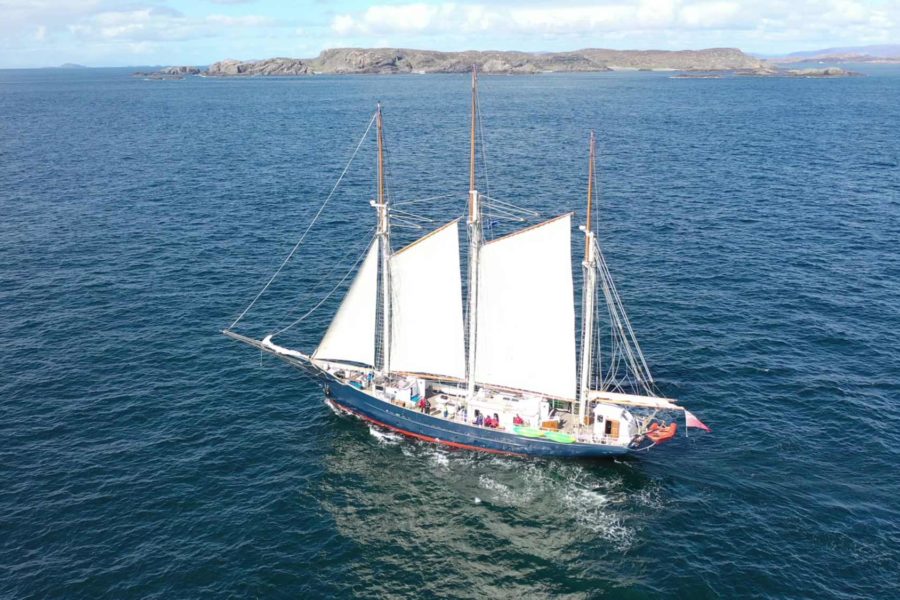 Join Blue Clipper for an unforgettable 7 night sailing experience as she sets sail  from the sunny A Caruna Spain, continuing her trip along the  beautiful costal Spanish islands until she reaches Portimao in Portugal. White sandy beaches and hidden coves are scattered along the beautiful rugged Atlantic coast. To enquire about this voyage please click the ‘BOOK NOW’ button below and you will be re-directed to our booking agent VentureSail Holidays where you can make an enquiry. VentureSail manage all our holiday voyages and the team at the office are available on 01872 487288 if you have any questions.

Join Blue Clipper for this hands-on sailing adventure, and enjoy a 7 night voyage sailing  from Spain to Portugal.  Not only will you become a member of the crew of a classic tall ship, you get to enjoy Spain from a completely unique perspective and the coastal waters of Portugal.

Getting to A Coruna:

You can reach the city’s centre from Madrid, Santiago de Compostela or the north of Portugal. It has road and rail connections with Madrid and other cities, like Bilbao.

A Coruna Airport has international connections and Santiago de Compostela Airport is the second largest in Northern Spain after Bilbao.

The bus station has numerous connections both international (operated mainly by ALSA) and local, operated by (among others) Arriva Noroeste, Autos Cal Pita or Monbus.